The True Lesson of the IRS Scandal

There should be less federal regulation of political speech.

President Obama and his political allies have dismissed as “phony scandals” mounting evidence that the Internal Revenue Service and other federal agencies hindered and punished conservative advocacy groups. Meanwhile, efforts are under way to impose even more regulation on core political speech.

The government’s abuses are very real, but the scandal’s lessons are not appreciated: The federal regulation of political speech has already gone further than can be justified by existing law, let alone the Constitution.

END_OF_DOCUMENT_TOKEN_TO_BE_REPLACED

The recent federal court rebuke of New York City’s stop-and-frisk tactics shows that many disputes are best resolved through politics, not lawsuits.

Courts resolve discrete controversies — whether existing law has been violated. They’re not equipped to answer questions about what the law “should” be. Judicial remedies are supposed to make plaintiffs whole, not rewrite policies wholesale.

END_OF_DOCUMENT_TOKEN_TO_BE_REPLACED

David Rivkin on Gun Control and the Second Amendment

The following is a transcript of David Rivkin’s appearance on the BBC Newshour radio broadcast on December 17, 2012.  The show was a direct response to the shootings at Sandy Hook Elementary School in Newtown, CT.

Host: David Rivkin joined us from the Washington studio and on the line from San Francisco I also spoke to Clara Jeffrey who is coeditor of Mother Jones a left leaning investigations magazine, does she think that this is a turning point?

Clara Jeffery: I think it could be, I think this has outraged the country. It’s one of many mass shootings this year.  The numbers keep getting worse and worse. We’ve had twice as many casualties as in any year past and I think it will behoove ordinary people to organize and responsible gun owners to step forward and say that they too support reasonable restrictions.  We need to put the wind behind politicians to make the change.

END_OF_DOCUMENT_TOKEN_TO_BE_REPLACED

The opening for a fresh ObamaCare challenge

By defining the mandate as a tax, one that will not be uniformly applied, the Supreme Court ran afoul of the Constitution.

ObamaCare is being implemented, having been upheld as constitutional by the Supreme Court in June in a series of cases now known as National Federation of Independent Business v. HHS. It is becoming increasingly clear, however, that the court took a law that was flawed but potentially workable and transformed it into one that is almost certainly unworkable. More important, the justices also may have created new and fatal constitutional problems.

ObamaCare, or the Affordable Care Act, was conceived as a complex statutory scheme designed to provide Americans with near-universal health-care coverage and to effectively federalize the nation’s health-care system. The law’s core provision was an individual health-insurance purchase mandate, adopted by Congress as a “regulation” of interstate commerce. The provision required most Americans to buy federally determined minimum health-care insurance, or to pay a penalty more or less equivalent to the cost of that coverage.

END_OF_DOCUMENT_TOKEN_TO_BE_REPLACED

Plenty of debates, not much about states

Democrats regard federalism as quaint, Republicans at least pay lip service to it

In the presidential debates, Barack Obama and Mitt Romney ranged across dozens of topics, but an important one didn’t come up: federalism. And no wonder.

The idea that the Constitution grants only limited and enumerated powers and leaves the remainder to the states is foreign to those who believe that the national government should or even could address voters’ every concern. But contrary to the view widely shared by the political class, Washington—in particular, Congress—does not have the power to pass any law it wants in the name of the “general welfare.”

Politicians should take heed. Voters are increasingly focused on the proper role of government in society: Witness the rise of the tea party and unease over the massive debt caused by entitlements and other government handouts. The continuing loud objection to ObamaCare’s takeover of health care shows that voters want to preserve the Constitution’s architecture of limited federal power.

END_OF_DOCUMENT_TOKEN_TO_BE_REPLACED

Unfortunately, examples of failed U.S. leadership in foreign policy continue to increase in both frequency and gravity: 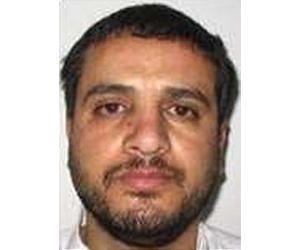 In the aftermath of September 11, 2012, an even more tragic failure,the Obama administration failed to have Iraq extradite Hezbollah terrorist Ali Musa Daqduq to the U.S. for trial. The president continues to reinforce the impression of American impotence. In December 2011, nearly a year ago, we predicted that the failure to extradite Daqduq would “have serious repercussions, measured in diplomatic defeats and lost lives.”

Did the fact that an Iraqi court cleared Daqduq of all charges embolden the attackers on Benghazi last month?