DAVID RIVKIN: Well no, if somebody in the private sector has done that, there will be all sorts of criminal and civil options, but you cannot prosecute the President under any of those statutes. The price that he has to pay is the political price and, unfortunately, he’s not going to pay the full price, given the way the media and national Democrats are looking at it. It also, frankly, further undermines the trust of the American people in the government.
END_OF_DOCUMENT_TOKEN_TO_BE_REPLACED 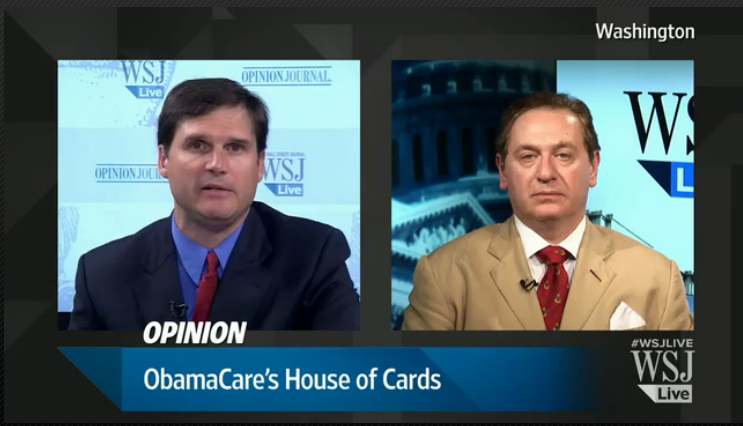 END_OF_DOCUMENT_TOKEN_TO_BE_REPLACED

Rivkin and Foley: An ObamaCare board answerable to no one

The ‘death panel’ is a new beast, with god-like powers. Congress should repeal it or test its constitutionality.

By David B. Rivkin Jr. and Elizabeth P. Foley

Signs of ObamaCare’s failings mount daily, including soaring insurance costs, looming provider shortages and inadequate insurance exchanges. Yet the law’s most disturbing feature may be the Independent Payment Advisory Board. The IPAB, sometimes called a “death panel,” threatens both the Medicare program and the Constitution’s separation of powers. At a time when many Americans have been unsettled by abuses at the Internal Revenue Service and Justice Department, the introduction of a powerful and largely unaccountable board into health care merits special scrutiny.

For a vivid illustration of the extent to which life-and-death medical decisions have already been usurped by government bureaucrats, consider the recent refusal by Health and Human Services Secretary Kathleen Sebelius to waive the rules barring access by 10-year old Sarah Murnaghan to the adult lung-transplant list. A judge ultimately intervened and Sarah received a lifesaving transplant June 12. But the grip of the bureaucracy will clamp much harder once the Independent Payment Advisory Board gets going in the next two years.

END_OF_DOCUMENT_TOKEN_TO_BE_REPLACED

The opening for a fresh ObamaCare challenge

By defining the mandate as a tax, one that will not be uniformly applied, the Supreme Court ran afoul of the Constitution.

ObamaCare is being implemented, having been upheld as constitutional by the Supreme Court in June in a series of cases now known as National Federation of Independent Business v. HHS. It is becoming increasingly clear, however, that the court took a law that was flawed but potentially workable and transformed it into one that is almost certainly unworkable. More important, the justices also may have created new and fatal constitutional problems.

ObamaCare, or the Affordable Care Act, was conceived as a complex statutory scheme designed to provide Americans with near-universal health-care coverage and to effectively federalize the nation’s health-care system. The law’s core provision was an individual health-insurance purchase mandate, adopted by Congress as a “regulation” of interstate commerce. The provision required most Americans to buy federally determined minimum health-care insurance, or to pay a penalty more or less equivalent to the cost of that coverage.